Leading PVC-u extrusion products manufacturer, Spectus Window Systems has made a major decision to revolutionise its business operation, moving sustainability even higher up the agenda, and moving towards more sustainable methods of manufacturing. Its first major step on this journey is the launch of a new flagship product, EcoSpec. EcoSpec contains post-industrial and post-consumer recycled…read more.

A PR campaign from window systems specialist Spectus has been shortlisted for this year’s prestigious ConstructionMarketing Awards. Delivered in conjunction with Refresh PR, the multi-media campaign aimed to dispel the myths surrounding PVC-U and has been nominated in the ‘Best Use of Press and Public Relations’ category.’ A survey of specifiers’ attitudes to PVC-U was…read more. 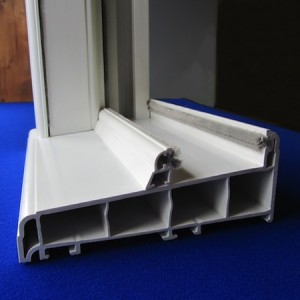 When Church Cottage in the historic village of Tarring, West Sussex, had its timber windows replaced for the very first time, the owners of the grade II listed 18th century building thought they would have a fight on their hands to be granted planning permission to replace them with more insulating and cost-effective PVC-U profiles….read more. 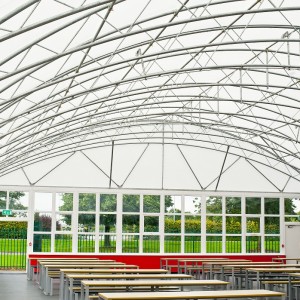 As Bedford High School in Leigh, Greater Manchester, struggled to seat its 1,200 pupils – over a 45 minute lunch period and in a dining room built for just 240 – the only solution was…read more. 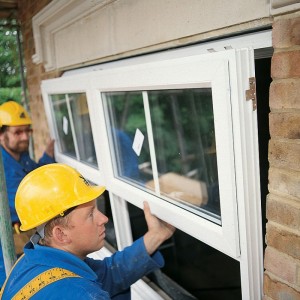 When it was decided that 1960's built Woodcroft Care Home in Trowbridge, Cardiff, needed to be modernised and made more economically viable, architects agreed that it would be better to design a new build than undertake a refurbishment due, in part, to energy efficiency issues including the more stringent requirements of Part L of the…read more.

SPECTUS VERTICAL SLIDER IS FIRST FOR AESTHETICS WITH THE LAUNCH OF NEW THROUGH HORN A new through horn for the Spectus Vertical Slider has been launched by Spectus Window Systems in response to requests from its fabricators and installers. The through horn, which helps installers to maintain traditional aesthetics in period properties, is the latest…read more.

Spectus Window Systems, leading PVC-U systems house and part of the Epwin Group, has teamed up with top building sector magazine Building Products to uncover common myths that exist with specifiers about the use of PVC-U as a building material for doors and windows. A questionnaire launched by Spectus was sent to 21,000 architects, specifiers,…read more.

Leading trade window and door manufacturer, Warwick Developments, has become the latest fabricator to sign up with Spectus Window Systems, taking its Elite 70 profile which is available in the Spectrum range of over 60 different foils. Warwick Developments manufactures a comprehensive range of products including windows and doors, vertical sliders, bi-fold doors and patio…read more.