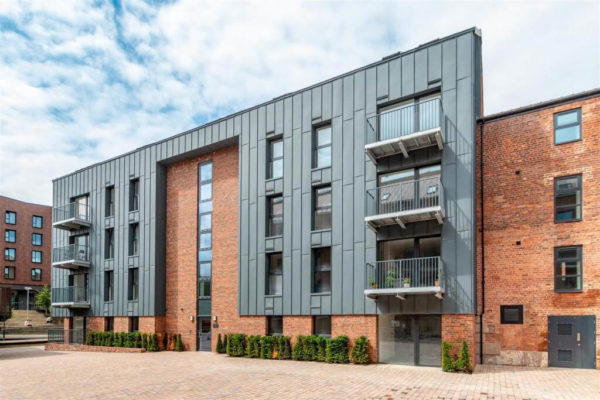 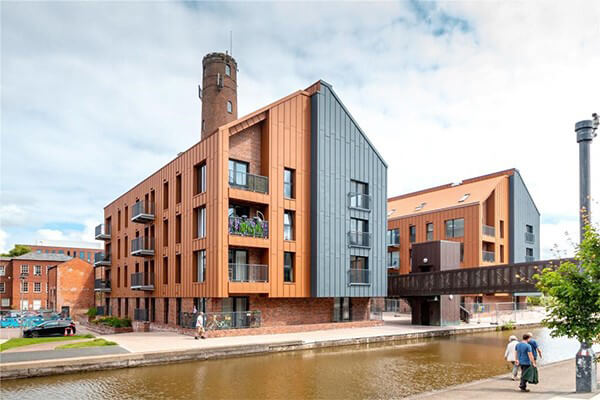 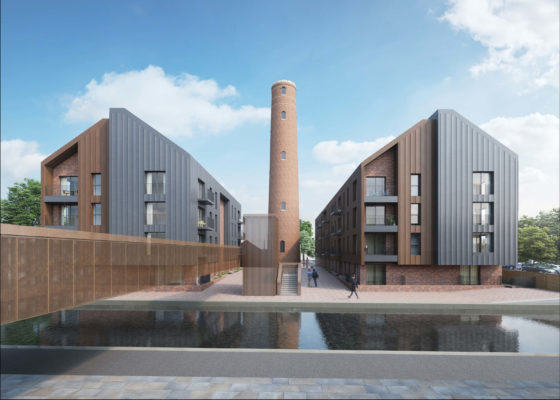 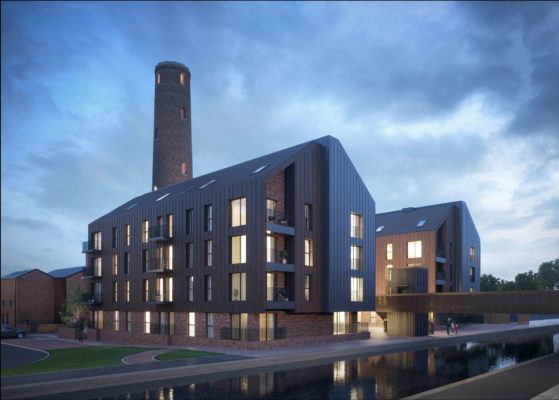 Over 100 Spectus Elite 70 flush tilt and turn windows were specified and installed in a new stand-out development at an iconic Chester landmark.

The Shot Tower is a Grade II listed building and the only surviving leadworks of its kind. The imposing 168ft red-brick tower, along with the original Engine House and Whitechapel buildings were retained and sympathetically restored to enforce the industrial legacy of the development. These historical elements were complemented by two modern new housing developments comprising of one, two and three-bedroom luxury apartments and converted 4-bedroom town houses. The new housing development creates a striking canal- side landscape in the heart of Cheshire.

Everything from the build quality and aesthetics, to internal layout and functionality, was carefully planned by the developers to ensure the new homes were built to the highest standards.
With such an architectural-prominent landmark structure, the choice of contractors was critical. The window contractor selected for the project was Spectus Approved Window Contractor Walker Profiles Ltd, a leading manufacturer based in Motherwell. The windows were fitted by experienced commercial installer, New Look Windows in Rochdale, Lancashire.

Spectus Flush Tilt & Turn Windows are an ideal solution for both medium and high-rise buildings such as residential housing, offices, hospitals and universities. The window has been specifically designed to prevent the framework from overlapping to give a ‘flush’ appearance delivering superior high-end aesthetics which was crucial on this landmark project.

A high-performance centre seal system with optional third weather seal means the window can achieve a Window Energy Rating of A++ with double glazing and a U-value of 0.8 W/(m2K) with triple glazing.

The 100 plus windows were expertly manufactured by experienced commercial fabricator, Walker Profiles. In this project, the sleek look of the windows, combined with an anthracite grey on white colour, created the high-brow, contemporary aesthetics required.

David MacGregor, Business Development Manager at Walker Profiles, comments: “This was a superb project to be involved with and we were delighted to have manufactured the windows for such an iconic property development.”

The Shot Tower is an impressive project and has been given a new lease of life. Jon Tudor, Contracts Manager at New Look Windows concludes: “New look Windows jumped at the chance to work on this prestigious development with such an important historical background. The design team pushed the limits of a great product which was manufactured and installed to a very high standard, giving the building the slimmest sightlines possible and a superior colour aesthetics internally and externally. Now completed, the Shot Tower site looks fantastic.“