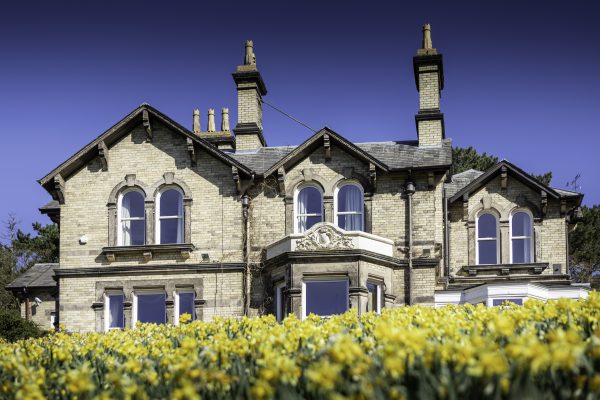 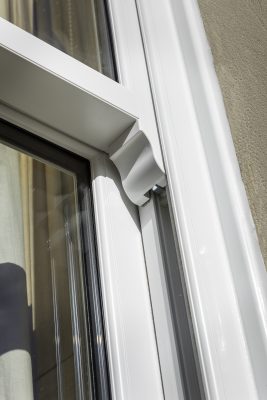 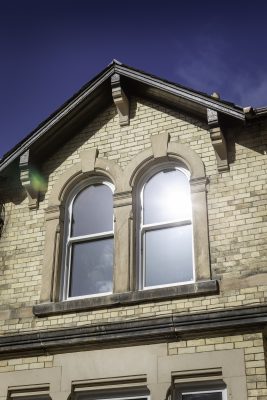 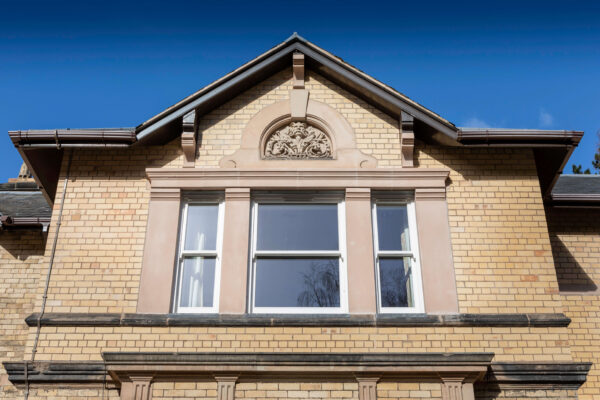 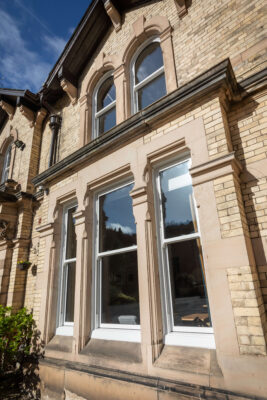 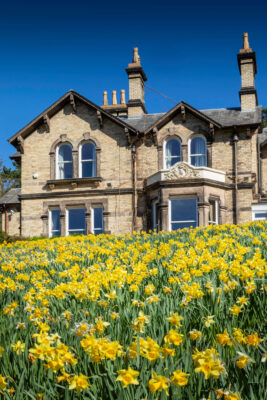 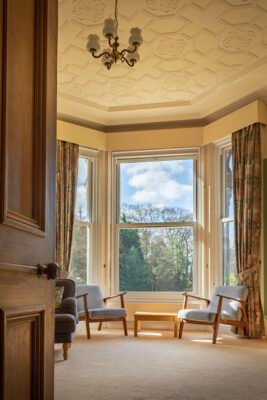 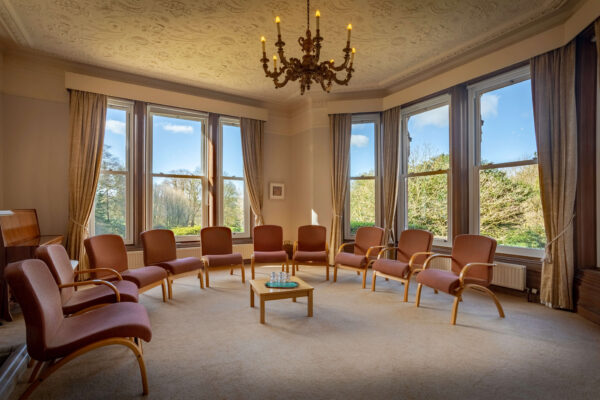 54 Spectus white vertical sliding windows with through horn detailing, including 14 arched vertical sliders, have been installed in a prestigious refurbishment project at Foxhill House, Chester.

Foxhill House is a substantial Italianate house originally built for the Archdeacon of Chester. It is set in 70 acres of Cheshire woodland, which incorporates an arboretum containing several species of rare plants and trees. In the 1960s Foxhill House became a diocesan retreat and conference centre and it will mark 50 years as Chester Diocesan Retreat House in July 2019.

The new vertical sliders were chosen to replace ageing timber sliding sash windows, that were single glaze and not as thermally efficient as they could be.

The decision was made to upgrade the windows, replacing them with architecturally sensitive double-glazed versions. The Spectus Vertical Slider was quickly identified as the window that would deliver the solution required. In this case, the windows were manufactured in white with run through horns to replicate the heritage aesthetics and enhance the building’s appearance.

The windows were manufactured by Spectus Vertical Slider specialists Mercury Glazing of Gloucester. They were installed by Droylsden Glass, a family run business that is one of the leading window companies in Manchester. The two companies have worked together on previous projects and Kevin Thackeray, Director at Droylsden Glass said: “The Spectus Vertical Slider is a design-classic which sympathetically captures many, if not all, of the key features of traditional design combined with all the benefits that a modern replacement window should offer. We also enjoy working with Mercury Glazing because their fabrication expertise and superb attention to detail adds value to our operation.”

Installation of the 54 vertical sliders including 14 arches took three weeks, with works carefully planned to minimise disruption to the day-to-day activities of the centre.

Revd Jonathon Green, Director of Foxhill said: “We are delighted with the finished result, the team who carried out the works were exceptional, courteous and accommodating to the needs of the day to day operation at the centre. I would have no reservations in recommending Droylsden Glass.”

The finished result has upgraded the appearance of Foxhill, restoring its stunning heritage looks. It has also improved the thermal efficiency of the building and reduced maintenance requirements too. It is the perfect example of how the Spectus Vertical Slider can combine modern day benefits with heritage authenticity to deliver an outstanding end result. 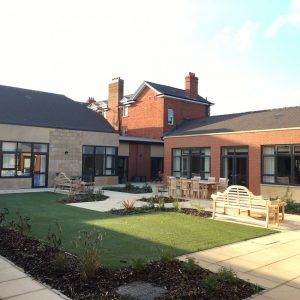 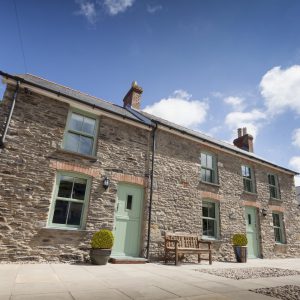 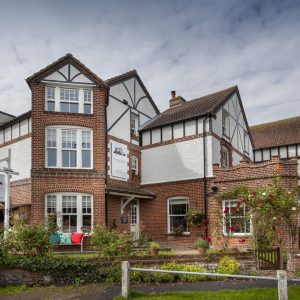 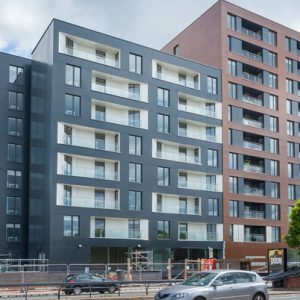